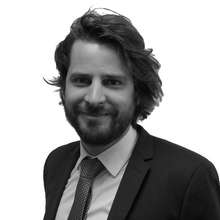 Marc DANON joined FINACTU as a senior consultant with over five years of international experience as an analyst and consultant in emerging countries. As part of his duties, he is involved in strategic and operational consulting assignments. Marc began his career as an analyst at Ali Baba Group in Malaysia. In 2014, he joined Lafarge Group in Indonesia where he held the position of strategy and mergers and acquisitions analyst in charge of various assignments in financial modelling, valuation (DCF and Multiples) and local strategy development. He also participated in the creation of an investment strategy for a €300 million power plant.

After Asia, Marc moved to Africa, first to Egypt where he held the position of Operations Director at JUMIA (leader in E-Commerce Africa) and then to Morocco where he worked for Pernod-Ricard.

Before joining FINACTU, Marc has also developed strong professional skills in business, management and strategic operations in Asia and Africa.

Marc is French and lives in Casablanca (Morocco).